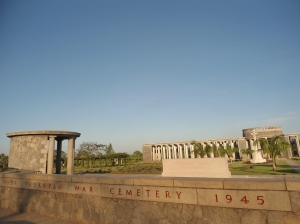 We were driving out from Yangon to Pyay to Kyangin Town (Irrawady Delta Region) on Pyay Road, and I happened to pass by it. Dad pointed it out to me that this was the war cemetery. We didn’t stop then, but I told my Dad that I’d like to visit it on our way back – which was  one week later.

To all the lost men.

Back in the older days when Myanmar was still very much a regional outcast in terms of investments, this was one of the rare places that was beautifully maintained (as I understood, with funds from the British). So, it seemed that many wedding photos, dating photos, movies and music videos were taken/filmed here due to the scenic location. I didn’t quite know what to feel about it. If I had just heard of it, I would have thought this to be  highly disrespectful and vulgar. And I did, initially, as I walked into the compounds – feeling indignant for the dead. But having seen the young couples taking photos in the area, sitting in the shades and just walking in the gardens – there was an odd sense of peacefulness. It wasn’t wholly jarring with the spirit of the place. In some ways, if I were the family of these lost men, I might have been more at peace that they were not left alone in a neglected and solemn graveyard. This was no tourist destination – these were people finding peace, beauty and living life, in a land that these men have fought to defend. 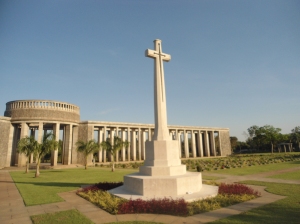 This is what Wikipedia told me:

In terms of location, it’s perhaps a 2-3 hours drive out from central Yangon. I can’t be too certain as the traffic conditions can be absolutely horrible depending on the time of the day. But this is located just beside the Pyay Highway Road, and one can’t miss it.

“They died for all free men” – The inscription was made in the different languages of the Commonwealth men who rested there.

You may be able to see the inscription in the arches on top of the columns.

For the lost soldiers who could be identified – they had inscribed the insignia, ranks, name, date of birth/death,  regiment details etc. They came from all over the world – Scotland’s Army/ Egypt’s army/ UK and so on. For the rest, it was just a solider – one and many, all at the same time. 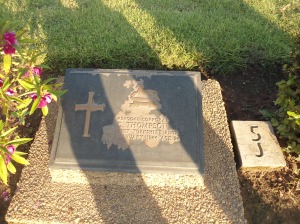 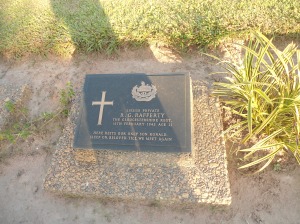 The memorial plaque with the names of more soldiers: 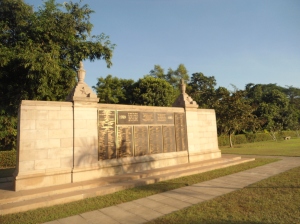 One could not help but feel the solemnity of the place as you walk down the rows and rows of graves. There were flowers on some of them. And I guess, their families still visit. This is but just two generations back. Someone’s grandfather – and a young man who went off to war in his twenties –  probably lay here. This too bring brings to mind Dixie Chick’s Travelling Soldier, which was always one of my favourite songs. Imagine all the stories of the people who rested there…